I never intended for Ate Hour Day to be a blog about losing weight. I know all that stuff can be quite boring for readers who are just about the food. But in fact, if it had not been for my own weightloss journey, this blog probably never would have been created.

My love for food has always been there. It’s my new(ish) found love for cooking and trying new recipes which began when I joined Slimming World.
It was almost two years ago when I first walked through those Slimming World doors, and I can honestly say it changed my life. I found an easy nutrition plan to follow that really worked for me. The weight came off at a slow, but sure pace of a few pounds each week, with a grand loss total of 1 stone and ten pounds (still miles away from my personal target though).
By July 2016, I was in the best shape I had ever been in. Clothes shopping was more fun and I has this new found confidence. I can’t put my finger on the emotion, but I was so happy in myself and I know was about much more than my weight. 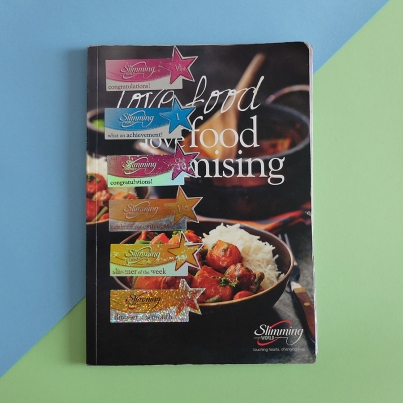 So here’s the bummer. After a bit of a plateau on the scales followed by a few missed weigh-ins, I started to lose enthusiasm and decided to take a break from attending Slimming World meetings and go it alone. This was mistake number one.
The weight crept back on ever so slightly and I realised that I need the weekly visits to the public weighing scales to keep me on the straight and narrow. I also need the support of this community of fellow slimmers if I’m going to succeed. (As someone who would never describe themselves as a ‘people person’, I was surprised to learn this about myself).
I did re-join Slimming world earlier this year, but to be honest, I didn’t commit properly and soon lost interest again. This was my second Slimming World mistake and a HUGE regret for me.

At the moment, I’m at a stage where all those lovely smaller clothes I bought are either not fitting or are barely bet on to me and I hate looking at myself in a full length mirror. This takes me back to a time before I felt good about myself and to a place where I really don’t want to be. I just want to kick myself, but my fat thighs don’t quite bend that way.

I want to go back to the feeling of being in control of how I look and feel so I’ve decided that now is the time to draw a line, forget the mistakes and start again.
I sheepishly walked through those doors to renew my Slimming World membership (again) last night. I don’t know why I was nervous going in, I think it was the embarrassment of failure or something. Anyway, it didn’t last long and seeing some familiar faces was quite settling and encouraging.

So this is it, I have made a promise to myself that this my last ‘week one’ of Slimming World and I’m hoping that going public with it will spur me on to reach my goals.
Onwards and downwards!